Matt Turner’s psychic ability has granted him a window into the entirety of Earth’s intelligent beings—past and present—but this gift has also been his heaviest burden. A talent like Matt’s can only be kept secret for so long, and ruthless individuals desiring lost and rare items viewed him only as a prized tool.

Now, there is no more secret. Despite living a reclusive existence—unseen in five years—Matthew Turner is among the most recognized names on the planet, and wealthy collectors aren’t alone in seeking the only confirmed, undisputed psychic the world has ever seen. Most people simply want his help tracking down a missing loved one. But it’s something else that lures Matt out of hiding, and he knows it will offer more than mere lost treasure or a priceless artifact.

For more than five centuries, Egypt’s great Library of Alexandria housed all the collected knowledge of the known world. In the Third century AD, its estimated 700,000 scrolls were forever lost to fire—a loss so great, it has since come to symbolize, worldwide, the destruction of cultural knowledge.

A small length of stone engraved with seemingly random symbols may reveal an alternative ending to the Library’s collection, but only in the able hands of Matt Turner. At only 32, he’s seen and experienced more of life and death than any person alive, and with this unique talent and perspective, he’s now ready to set right the wrongs of both yesterday and today.

Read an EXCERPT of Return (Book Three of the Matt Turner Series). 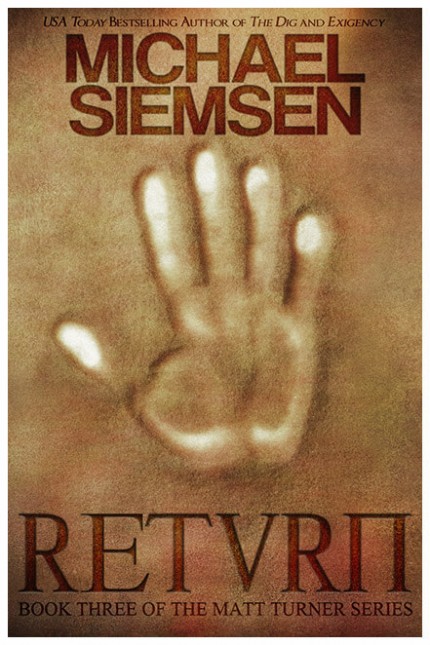 eBooks available at the following sites: