Hi. If you’re here looking for the standard “Author Bio” type deal, I’ve got you covered. Click this: ∅ (no really, do it, it’s safe)

As every K-12 teacher that ever gave a second thought to my presence in their classroom would agree, I was not the best student.

I was a bit of a punk, I can now say with some level of regret. Regret, not so much in wishing I was more studious and therefore would have learned more, but because I no doubt made the teachers’ jobs unnecessarily difficult. 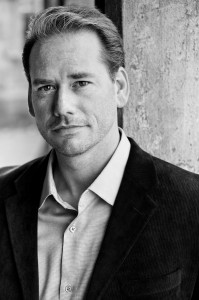 I’m important. (as implied by this photo’s lack of color)

My distracting presence in their room stemmed from my belief that all of this nonsense was a waste of my time. Why would someone choose a job where it was their duty to keep children from experiencing real life: reading comic books and sci-fi novels, playing Nintendo, or starting derelict vehicles on fire? It seemed a bit sadistic of them, and I resented every moment spent learning something that would be entirely useless in my life. I would not be a math teacher, so why would I need to learn anything beyond addition, subtraction, and multiplication? I wasn’t planning on being a scientist, so why did I need to learn about science? I hear these karmic words, never before shared with my teenager, spewed back at me with perhaps even more disdain than I had felt. How the hell do I respond to that? List all the reasons why I have needed math and science in daily life, pulling from the age-old catalog of parental clichés with a sincere “don’t make the same mistakes I did”? It was meaningless to me when I heard it, so why would it have any more impact today? Parents just don’t understand, right? 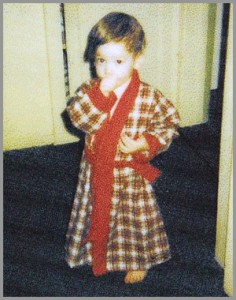 Fortunately for me, I did pay attention in a few classes—those that interested me—such as English and History. In elementary school, vocabulary and grammar came easy, and I could not believe my good fortune when in the upper grades I was actually assigned to write stories. To me, that was like telling a kid “We have a lot of work to do today, son. Every one of these video games needs playing…and play them well!” But still, I was a punk. My 11th grade U.S. History teacher would get so pissed at my mouthing off (I felt the need to contest everything he said that didn’t match up to the books that I had read) that he actually yelled at me to get the f*©Ж out of his room. 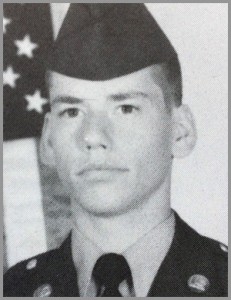 17 (number of years alive, as well as circumference of a single ear)

Toward the end of that year, after a decade of planning my adulthood career (I would be a millionaire. You know…as my job.), I somehow enlisted in the Army. I would drive tanks and armored personnel carriers and bridge layers. It would be great fun, just for a few years, and then after that, who knows? But I’d sure have that college money if I ever decided to go.

So, while my friends enjoyed their last summer vacation before Senior year, I went to basic training and had the smart ass beaten out of me.

There are a number of now-humorous stories about that summer, but those are for another time. When I returned to my high school in Fall, I was surprised to see that my AP History teacher was the same as last year’s U.S. History teacher. During the first day’s roll call, when he came to my name, he sighed and glanced around the room to see if he was really to be punished for another year. I said, “Here, sir,” with no sarcasm whatsoever.

For the first couple weeks in that class, I caught him pausing several times in the middle of a lesson, waiting for me to throw in my two cents, but I was silent. I would never disrespect him by speaking out of turn. He was an esteemed civilian. We call them sir and ma’am. Soon after, I relaxed a bit—the shock of basic training slowly leaving me and I was able to regain some sense of self. That teacher and I became good friends for the rest of the year, and I hoped that it made up for the BS I put him through the previous year. I often think back to his lessons and perspective on historical events. He was one of many teachers that had a profoundly positive effect on me. 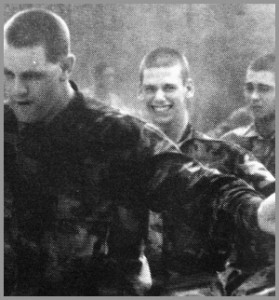 Basic Training. Apparently thrilled to have been tear-gassed.

If there’s any message to be gleaned from the above account, perhaps it is for educators to be reminded of why they got into their line of work in the first place. They may lose sight of it in the day to day, but should know that they can leave as permanent a mark as parents, despite what the hope-draining punks of the class would have them believe. So keep up the good work and know you’re in it for the whole war, not just the battle. Of course, this message is only to the good teachers. The bad ones can shove it. Yeah, I’m talking about you, Mr. Jones. You sucked.

There might be a little bit of that punk still in me, and I still love fire, but I am truly appreciative to everyone who helped to keep me alive, shape me into the person I am today, and keep me out of prison. Except you, Mr. Jones. Again, you sucked.

Some Michael Siemsen interviews from the internets: