Frederick & Samuel are back.

Sequel to the award-winning A Warm Place to Call Home (A Demon’s Story) and The Many Lives of Samuel Beauchamp.

Your two favorite displaced souls have returned (well, they never really left, now did they?) and in the history of fans being hit by shit, never before has so much shit hit so large a fan…

Frederick doesn’t have much experience with consequences. Samuel is all too aware of the dangers their kind face. Frederick thinks Samuel needs to relax. Samuel thinks Frederick left three years ago. Frederick’s quite proud of himself about that.

Frederick & Samuel, volume three in the Demon’s Story series, picks up where both of its precursors left off. 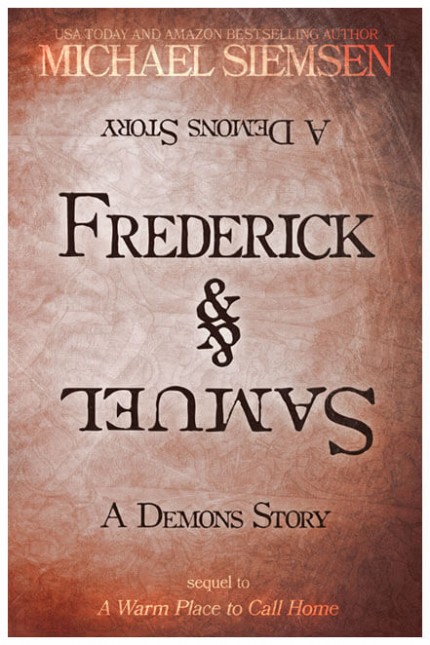