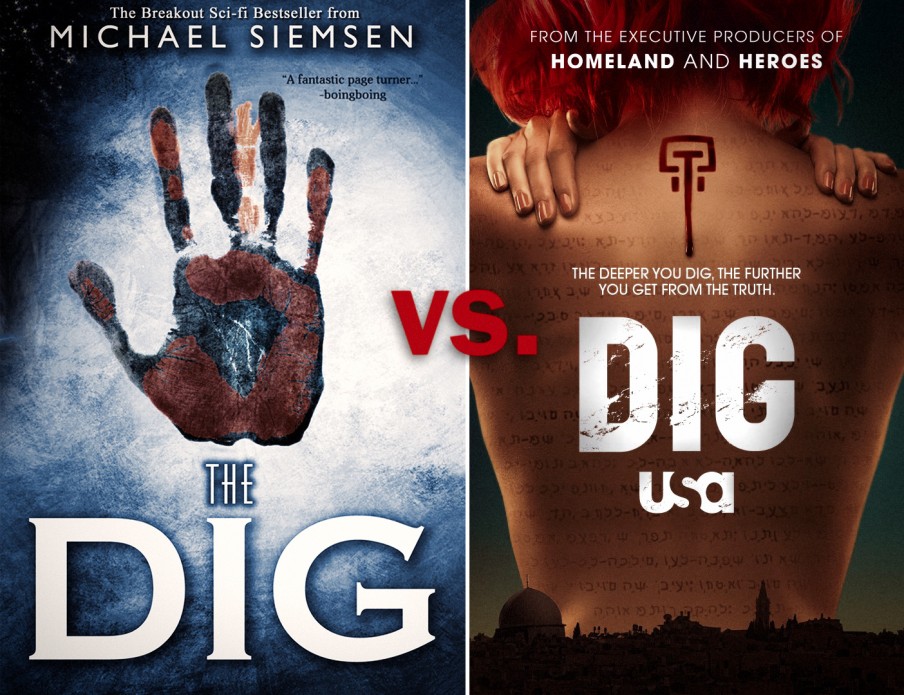 Regarding USA TV’s new “Dig” show and my “The Dig” book.

Is the USA network’s new TV show “Dig” in any way related to Michael Siemsen’s The Dig (Book 1 of the Matt Turner Series)? In short, nope.

In long, here’s a breakdown:

This is the official brief description of the TV show: “Peter, an FBI agent stationed in Jerusalem who, while investigating a murder of a young female archaeologist, uncovers a conspiracy 2000 years in the making.”

Peter is played by Draco Malfoy’s jerk dad, and Peter’s FBI boss is played by Anne Heche. (Spoiler, the two have sex in the first minute of the first episode.) The show takes place in Israel, Norway, and some kind of cult compound in New Mexico. I don’t want to speak ill of the show, as it may suggest some sort of petty resentment/competition/envy/etc., not to mention that there are plenty of people who didn’t like The Dig, so who am I to judge? As I’m obviously interested in archaeology fiction, I was interested to see what they did with it, but the first episode had a lot wrong with it, and that’s not only my judgement! (Crap. I just judged.) The A.V. Club lays it out perfectly (SPOILERS), hitting all the points I would, (if I was the judgy sort) so I don’t need to!

On the Michael Siemsen’s The Dig side, we’ve got:

And the official brief description: “Matt Turner’s gift is also his curse. When an object touches his skin, his awareness is flooded with the thoughts and feelings of all who touched it before. After discovering a scrap of woven metal fabric among dinosaur bones in Kenya, experts call upon their favorite “dater” to provide an explanation. Unfortunately, not everyone appreciates a man with Matt’s talents sniffing into their business.”

Really, the only story similarity here is the shared (admittedly, somewhat clichéd) concept of “revelations that cause us to rewrite history.”

So there you have it. USA’s Dig is not remotely Michael Siemsen’s The Dig, though the former could certainly affect the latter’s film/TV future: