In 1988, the initial inspiration for The Dig (Book One of the Matt Turner Series) occurred. A “Tonight on the Ten O’clock News” teaser came on between commercials as my brother and I watched The A-Team or some such 80s show: “blah blah blah politics, blah blah blah celebrity, and scientists are puzzled about a piece of woven metal fabric discovered among dinosaur fossils. Stay tuned…”

A couple years later, some time when I was in high school – between 1990-91 – the character Matt Turner was conceived, as well as the basic plot. Flash forward around 16-17 years, and the first draft of The Dig was finally written, from November through December of 2008. Editing, querying agents, rejection, forgetting about it, and a couple years later, Amazon and Barnes & Noble came out with their self-publishing platforms (or rather, I became aware of the existence of self-publishing).

The book was released to the public in January 2011, but it didn’t sell all that well (translation: didn’t sell) until December, 2011, and didn’t hit the bestseller lists until March 2012.

The first draft of The Opal (Book Two) was completed in April 2012, submitted to my new literary agent, went through various stages of editing and modification (which I have outlined and opined upon in the past), and was finally released in October of 2012.

It’s been nearly three years since The Opal debuted, and I released three different non-Matt Turner novels since then (A Warm Place to Call Home, The Many Lives of Samuel Beauchamp, and Exigency), all while Matt Turner #3 marinated in my head, and the list of ideas and notes in my phone’s outlining app grew. I actually began writing Book 3 before I began writing Exigency, but it wasn’t working out. Many stops and starts, rewrites and dewrites, the permanent loss of multiple chapters due to Microsoft OneDrive syncing (you know, the thing protecting my data by saving a copy in the cloud) – followed by months more of standard writer’s hell, and here we are!

Return (Book Three of the Matt Turner Series) is actually here. It’s still a little weird to be past it, and weirder still to sit and wait for the world’s reaction to it. The Opal was very much in the loved it or hated it realm, and though everything else I’ve written since then has received overwhelmingly positive reviews, this is Matt we’re talking about. This is Tuni. After putting out The Dig, they belong to you all – the readers – and what happens to them is no trivial matter.

So I hope your continuing journey with them is thrilling, satisfying, and perhaps a bit twisty. 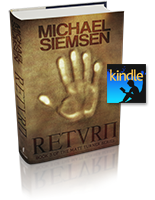 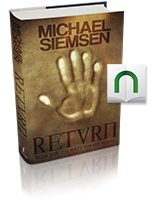 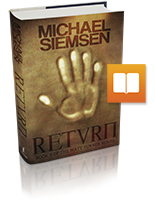 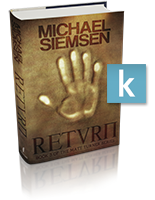 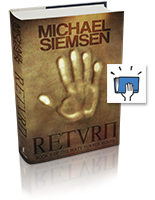